This is the first time that both my kids participated in a Reading Fair.  It was so worth it that I am going to host it again next year.  There is so much learning involved in creating story board and getting deep into your favorite book.  We had just 8 kids (with youngest being only 3).  We had 2 teachers who listened to every kid and gave them a detailed feedback.  My kids have been very proud of their feedback and I couldn’t have imagined how precious it is to them.

Kabir chose The Boy Who Harnessed The Wind by William Kamkwamba.  I gave this book to Kabir in LA Airport before we were going to take a flight back to Memphis after Christmas.  As soon as he started reading it, he was hooked to it and couldn’t stop reading.  I expected him to pause when we had taken off as we had a personal TV in the plane.  He looks forward to a personal TV in the plane.  Even a movie in the plane couldn’t distract him.  All 3 of us (Amit, Arjun and me) were watching a movie in the plane while Kabir was hooked to this book.  He knew this is his favorite book at the time and his eyes were sparkling.  That’s when we decided that he should work on this book for his reading fair.  We didn’t realize that nonfiction story board is so much more hard than a fiction but it was worth it as we learned a lot.  Amit helped him to make a small windmill that can generate electricity.  I think this was his favorite part of the project.  I think the most difficult part of the project for him was to draw the windmill on the story board.

Arjun chose Night of the Ninjas – Magic Tree House #5 by Mary Pope Osborne.  He loves to make things from the cardboard and wood.  So, he made a tree house and he added some handmade books in them and also inscribed it with “M”.  He made a Peanut with clay and put him inside a sock and he found a white stone which he believes wholeheartedly that it is a moonstone.  Arjun did all the cutting and gluing on this board.  He drew a ninja and samurai.  At this stage we realized that we don’t really know much about ninjas and samurais and so we ordered the fact tracker and learnt from it.  So, he had to go back and fix the description of ninjas and samurais.  He did most of the writing on the computer and I had to just fix spelling and other errors. 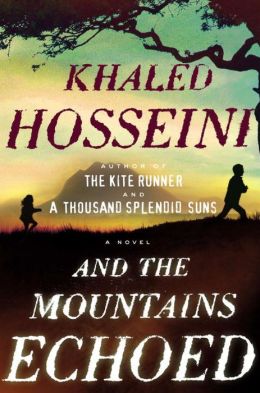 It took me almost a year to read, And the Mountains Echoed by Khaled Hosseini.  I’ve read the first two books by the author: The Kite Runner and A Thousand Splendid Suns, and I enjoyed both of them thoroughly.  I’ll give And the Mountains Echoed the worst rating amongst all three books.  However, I’m glad to have read this book too!  The author intricately and beautifully weaves the story of several characters and several perspectives together.  It’s nice to see how life and people change over time.

I had read about less than a third of the book and I couldn’t enjoy it, so I had given up but the book review by Payal Bhuwania encouraged me to give it another try and I’m glad I did.  I’ll just paste the link of book review by Payal for you because she writes so beautifully.  Thank you, Payal! 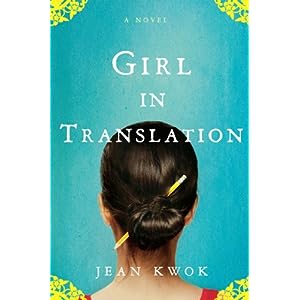 I highly recommend Girl in Translation by Jean Kwok. I assure you that when you start reading this book, your work, family, and house will be neglected as it’s very hard to put it down. I used to work near china town in New York and was always amazed by the Chinese culture. I was impressed that they look out for each other and are such a close knit society. Jean Kwok shattered this impression by revealing that irrespective of our origin, all of us tend to look out for ourselves first and sometime at the cost of others.

This book did inspire me to instill traits in my sons such as honesty and hard work. These are the two traits that helped Kimberly fulfill her dreams despite of unconducive environment. I wish Hollywood will make a movie based on this novel.

I had read Pride and Prejudice by Jane Austin when I was in school in India. Also, I had watched a movie based on the book, Pride and Prejudice. I had enjoyed it a lot. I still remembered the story but I wanted to read it again and this time I wanted to read the original version. I wasn’t sure if I am going to enjoy it this time as I know the story very well. Also, it’s actually a very simple story. To my surprise, I had a new understanding and I enjoyed it much more than ever before.

In India, there was a TV series that was based on Pride and Prejudice but applied to Indian life. It was so wonderful that I feel like watching it again. Pride and Prejudice is an amazing story that will never get old and applies to all cultures in all countries. No wonder it is a classic!